“Young vocalist Lisa Bauer… has established herself as a mainstay of the Cape Town jazz scene, working alongside dozens of local artists, recording with the a cappella group Track Five and touring with such celebrated World Music outfits as Starkravingsane and the LMR Trio. An understated vocalist and deft composer, Bauer is rather like the South African equivalent of festival-mate Patricia Barber, and certainly shares Barber’s hushed intensity. Her set was a study in focused emotional dissection, her voice as clear and pure as mountain rainwater.” - Christopher Loudon, Jazz Times
http://jazztimes.com/articles/27510-12th-annual-cape-town-jazz-festival

“Lisa Bauer’s music is full of joy. It is also full of soulfulness and sorrow, but her voice is packed with such delicacy that even woe sings like a plucked string. It is this quality that secured her debut album, Finding a New Way, a South African Music Awards nomination as well as glowing reviews from the jazz fraternity. Understated yet urgent, her vocals are spangled with the improvisational essence of jazz, the heartfelt essence of the blues and gospel and mystical riffs. Catch her performing a selection of her own compositions alongside standards from jazz greats such as Lionel Hampton and Dizzy Gillespie. Her ensemble features the cream of Cape-based players.”* – Miles Keylock, Mail & Guardian Friday, October 19 to 25 2012

SAMRO: Read GWEN ANSELL’s review of the Finding A New Way album via this link http://sena.org.za/index.php?option=com_content&task=view&id=90&Itemid=1

Interview by Alice Romas with Lisa Bauer on kapstadt.com http://www.kapstadt.com/aktuelles/meldung/?tx_ttnews%5Btt_news%5D=431&tx_ttnews%5BbackPid%5D=44&cHash=7bd9141ba5

Lisa Bauer Quartet – Finding A New Way - LBQ4274-2 “One thing about many jazz musicians, they know how hard it is to get a CD, this task is not for the faint hearted at all. A damned fine job it is that has been done with this album by Lisa and the team she has worked with. Jazz in South Africa is of a very high standard and “Finding a New Way” is an album that is one of those leaders. There is good balance of tunes, some lesser known than others, with a couple of original songs featured as well. Lisa has made use of the services of some of the best musicians that Cape Town has to offer and it shows. Production quality is exceptional and makes this a listening pleasure. Highly Recommended.” Eric Alan - ‘Jazz Rendesvouz’ Radio 2000 Album review by Carol Martin (SAJE) ![](#file_2722061b18#) Courtesy of www.saje.org.za http://mg.co.za/article/2011-03-25-finding-a-new-way 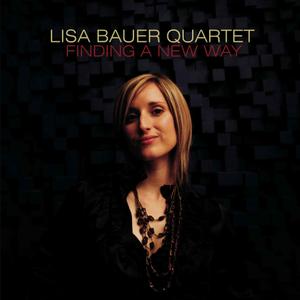